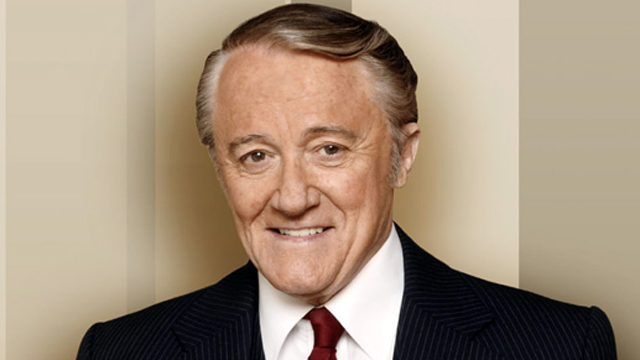 - Born into a family of actors
- "I started working professionally at 12. I've never had any other job in my life other than acting"
- "I was never part of the Actor's Studio or any of that like Steve McQueen or Paul Newman because I was too busy working!"
- The James Cagney Method: 'Show up, stand there, look the guy in the face, & tell the truth'
- Teaching acting to a young boy from Jersey called 'JACK' (Nicholson)!
- "Jack's life changed when he got 'Easy Rider"
- 'The Young Philadelphians' with Paul Newman
- "Burt Lancaster signed me to a 2 picture a year contract"
- Why TV after an Oscar Nomination & the success of 'The Magnificent Seven'?"
- Meeting John Sturges about 'The Magnificent Seven' & recruiting James Coburn
- 'Man from U.N.C.L.E. with Blake Edwards
- Picking out the 'dandy' costumes for 'The Magnificent Seven'
- Partying with the local senoritas on location
- Impressions of young Steve McQueen
- "I always thought Steve McQueen's insecurities were his greatest asset as an actor"
- "I didn't think 'Bullitt' was going to be any good, & thought Steve shouldn't make it. Steve was absolutely right & I was absolutely wrong!"


- "Steve's first wife, Neile, was the guiding force in his career, & knew the sullen, brooding, & smiling qualities Steve had would attract the women"
- Having a prophtic heart to heart with McQueen
- "Steve McQueen was extremely paranoid of Yul Brynner! He was plotting everyday to best Yul Brynner in some way"
- Steve McQueen's competitiveness as an actor
- "Steve embedded in his mind that one day he would get top billing in Paul Newman film"
- Being the last surviving member of 'The Magnificent Seven'
- "I had dinner with James Coburn the week before he died"
- "Steve knew nothing about politics so we talked mainly about women & cars"
- Whiskey A Go Go with McQueen
- "Steve should've first looked at the number of cigarettes & joints he smoked over 30 years. That's more likely the cause of his cancer than the asbestos racing suit"
- McQueen respected the road
- Elvis had phones everywhere before anyone even thought of cell phones
- Friendship with Robert Kennedy
- Weekend at the Kennedy Compound
- Riding on Robert Kennedy's Funeral Train - "That was the most emotional day of my life, & it will always be the most emotional day"
- Dating Patricia Lawford
- "Acting has been the guiding force of my whole life!"
- The success of 'HUSTLE' on AMC
- Being stuck in Prague when the Czechoslovakian Invasion began
- "You can never be too rich or too thin"
- Robert Vaughn's best work
- Shakespeare with Jason Robards, Charlton heston, & Sir John Gielgud
- Dream role? Adolf Hitler