"This interview was recorded in the fall of 2001 for a Japanese magazine but the FULL audio is published for the first time here on January 1, 2013. Enjoy" - Hikari 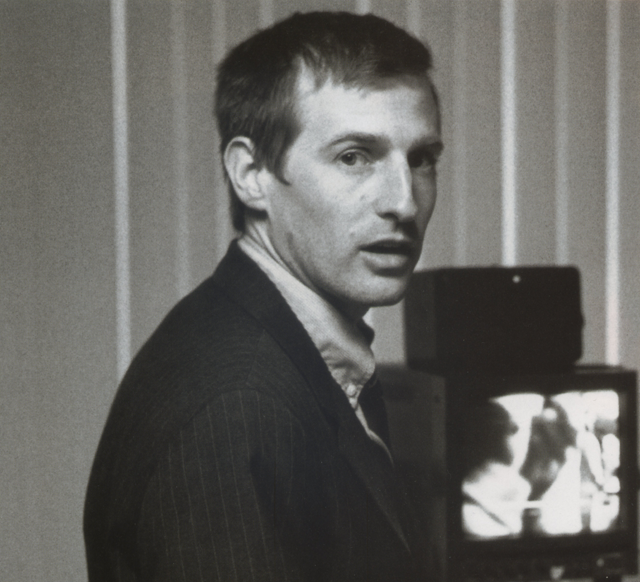 - Early days in Washington D.C. (BMX, skating, & great influences)
- The significance of Rockville BMX
- How a young skater went on to become a photographer, music video director, & filmmaker. One thing lead to another
- Starting out as a photographer
- "Andy Jenkins & Mark Lewman were my mentors"
- "I was always fascinated with Mark Gonzales"
- Learning photography on the job from the pros
- "In the beginning 99% of the rolls I shot were bad, but one of them might be good. And then try to figure out why that photo turned out good"
- "I didn't get into any film scholls"
- Matt Hoffman
- "Working was my film school"
- Making little or no money to make something great
- Creative control
- Working with Control Machete, Bjork, Fatboy Slim aka Norman Cook
- The Torrance Dance Troupe
- Collaborating with Roman Coppola
- meeting with commercial clients
- Working with Nike and shooting the Pete Sampras - Andre Agassi "NYC Street Tennis" commercial
- Discussion about music video directors entering feature filmmaking
- Was filmmaking always your ultimate goal?
- Lucky to meet Charlie Kaufman
- What Spike loved about the "Being John Malkovich" script
- Spike explains the "Adaptation" story
- Considering directing "Memoirs of a Geisha"
- Working closely with writers
- Casting Cameron Diaz
- "I like to read a lot of actors for a part. And I try to make them feel like they're working on the role with me, rather than auditioning for me"
- "We're so lucky John Malkovich did the film!"
- "I think I'll always owe him (Malkovich) for doing that. Me & Charlie wouldn't be here right now if it weren't for him"
- Spike's favorite directors
- When I first started trying to do videos I straight up ripped off Coen Brothers' "Hudsucker Proxy"
- David O. Russell writing a character based on Spike in "Three Kings"
- Spike's favorite actors
- "I would like to film Michael Jackson dancing"
- Shooting in Japan

Director, actor and producer Spike Jonze was born Adam Spiegel on October 22, 1969, in Rockville, Maryland. Related (on his father's side) to the prosperous Spiegel family and an heir to its catalog fortune, Jonze grew up in the Washington, D.C. suburb of Bethesda, Maryland, with his mother and older sister (his parents divorced when he was still young). By the time he entered high school, he had adopted the name "Spike Jonze" and was participating in competitive skateboarding and BMX bicycling.
Immediately after his graduation from high school, the 17-year-old Jonze moved to Los Angeles and began working as an editorial assistant at Freestylin', a biker magazine. In 1991, he helped found Dirt, a short-lived spin-off of the popular teen magazine Sassy, aimed at teenage male readers. His first music-video gig came in 1992, when he was hired to shoot video footage of skateboarding for Sonic Youth's "100%."
Jonze's breakthrough video, for the song "Sabotage" by the Beastie Boys, was an inspired take-off on 1970s cop shows; the video earned four MTV Video Music Awards, including one for Jonze (best director). That same year, Jonze cemented his reputation for innovation and creativity with his eye-catching video for Weezer's "Buddy Holly," in which the alternative band performed their hit single in the middle of what appeared to be an episode of the 1970s sitcom Happy Days.
Throughout the 1990s, Jonze directed music videos for many other prominent artists—including R.E.M., the Breeders, Puff Daddy, the Chemical Brothers and Bjork—as well as a number of memorable television commercials for companies like Nike, Sprite, Nissan, and Coca-Cola. His interest and talent also extended to the other side of the camera: He was dragged behind a van in a TV spot for Levi's 501, and played bit parts in the films "Mi Vida Loca" (1993) and "The Game" (1997).
In the 1999 video for "Praise You," the hit single by British DJ Fatboy Slim (which he co-directed), Jonze starred as spastic community dance-troupe leader Richard Koufey, racking up three more MTV awards and showing up at the ceremony as Koufey (whom Jonze still maintains is another person). In addition, Jonze directed a number of short features.
After a deal to direct the $25 million film adaptation of the children's book "Harold and the Purple Crayon" fell through in 1997, Jonze signed a development and production deal with Propaganda Films. In 1999, the multi-talented Jonze delivered star-making performances both as an actor and a director. In David O. Russell's black comedy "Three Kings", co-starring George Clooney, Mark Wahlberg and Ice Cube, Jonze received critical praise for his performance as the redneck Gulf War soldier Conrad Vig.
Jonze's first full-length directorial effort, "Being John Malkovich", generated even more positive buzz. The unashamedly eccentric, undeniably smart existential comedy stars John Cusack, Cameron Diaz and Catherine Keener as New Yorkers who gain access into the mind of the titular thespian John Malkovich, who plays himself. For his efforts, Jonze earned several honors, including an Academy Award nomination for best director. He went on to produce Human Nature in 2000, reteaming with Malkovich screenwriter Charlie Kaufman for the project. In 2002, Jonze directed "Adaptation" starring Nicholas Cage, Meryl Streep, and Chris Cooper. In 2009 Jonze made Maurice Sendak's classic "Where the Wild Things Are".
In the summer of 1999, Jonze married Sofia Coppola, actress ("The Godfather, Part III") and director ("The Virgin Suicides", "Lost in Translation", "Marie Antoinette", "Somewhere", and the upcoming "Bling Ring"), at the Napa Valley vineyard owned by her father, the famed director Francis Ford Coppola. The couple filed for divorce in 2003. Jonze is curently in post production of his new film "Her" starring Amy Adams, Joaquin Phoenix, Rooney Mara, Olivia Wilde, and Samantha Morton.