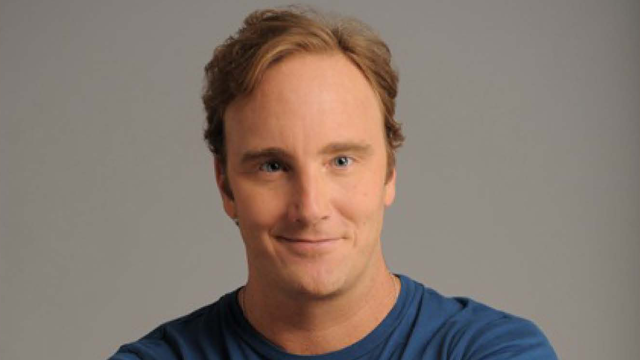 JAY MOHR INTERVIEW CONTENTS:
- Norman Rockwellesque upbringing
- "When i discovered Stand-Up Comedy at 16, my life went from Black & White to Technicolor
- "Doing Stand-Up is like selling cars. Can you sell 5 cars in 15 years?"
- "I never get nervous at work"
- Dealing with hecklers
- Jay's super successful SNL class
- "Blues Brothers is not funny!"
- "Chris Farley could've told me to kill the President, and I would've listened to him"
- "James Dean sucked! Farley was great!"
- "David Cone, Gary Sheffield, Javier Vasquez were not Yankees! Clemens was a piece of shit! And so was Piazza!"
- Eric Milton or Mike Lowell?
- "SNL was instant legitimacy. It's a pedigree. It's like going to Harvard"
- "Our cast got along better than people think"
- "Rob Schneider calling me rookie bothered me. He was super nice sometimes then 2 days later he's a dick again"
- "I'm most proud of my decision to leave Saturday night Live"
- The Unattainable Dream
- "SNL was a vehicle for me to write about people suffering from panic attacks"
- The irrational release of endorphins & adrenaline into the blood stream at life saving levels
- "If I was still drinking today I'd be in jail in 2 hrs!"
- Everybody worked hard on SNL & got on camera. I worked hard on SNL & didn't get camera time"
- "We sound like a couple of f*gs talking about my diet"
- "Chris farley would've been the greatest EVER! Jackie Gleeson was called 'The Great One' but he was a terrible human being"
- "Drugs, booze, sex, whatever I was doing, I would take it to the next level"
- "We're brave sinners"
- "I always had a strong pimphand. Before I even had a dime, i had a pimphand"
- "There's nothing more respectful than a woman that's cool, together, & has sex with you!"
- "I was in the trailer of 'The Jeff Foxworthy Show' when I got 'Jerry Maguire"
- "Tom Cruise is the greatest human I've ever met in show business. I've never met anyone so spectacular!"
- "Cameron Crowe was the COOLEST! He just wanted to hang out"
- "What's surprising is that I didn't become a big movie star after 'Jerry Maguire. I'm serious!"
- "I wasn't surprised 'The Last Comic Standing' was a hit. Because you're supposed to have is a hit show or a NY Times Bestseller if you're going to put it out there"
- "I work with Eddie Murphy & Al Pacino in one year, but the movies were the biggest tanks in their careers"
- "Working with Christopher Walken was strange because he thought I was making fun of him when I would do him, so i stopped doing it"
- When Chris Walken got pissed
- Group Hug!
- Jay breaks down Kevin Spacey's Christopher Walken impersonation, & others
- Jay's Arsenio Hall impersonation
- "Action' was the funniest show I've ever seen"
- On reality shows: "I don't want to risk getting sucked into something that I don't give a shit about. I hate them!"
- The greatest Stand-Ups (& the worst)
- "I got mine, I can't worry about his"
- "Farley's still bigger than Sandler & Myers, and he's DEAD! That's how big he was!"
- "So many people in life don't just do it. I was offered to write a book, & I just did it"
- "Where do I take a dump?"

Jay Mohr appeared as a featured player for the 1993-94 and 1994-95 seasons of Saturday Night Live. His 2004 memoir, Gasping for Airtime: Two Years in the Trenches of Saturday Night Live, details this tumultuous period of his life, including his battle with chronic panic attacks. Though his potential was appreciated by SNL creator/producer Lorne Michaels, Mohr was impatient with his progression to full cast member, and left the show on bad terms. He has since reconciled with Michaels.
Mohr had a recurring role in the first season of The Jeff Foxworthy Show as Jeff Foxworthy's brother, Wayne. Mohr's first major film role was in 1996 when he played the conniving Bob Sugar, a sleazy sports agent in Jerry Maguire, followed in 1997 by a starring role in Picture Perfect. In 1999, Mohr starred in the television series Action, in which he played sleazy film producer Peter Dragon. Mohr later hosted a talk show on ESPN entitled Mohr Sports which ran briefly in 2001 before being cancelled. He was also the voice-over artist for Fox Sports Net's Beyond the Glory. Mohr has also appeared in movies such as Are We There Yet?, Small Soldiers, Go, and Pay It Forward, and The Groomsmen.
In 2003 and 2004, Mohr created, hosted, and was executive producer of NBC's Last Comic Standing reality television program. The show aired for three seasons, but was cancelled near the end of the third season due to poor ratings, only to be renewed later. Mohr was very vocal toward NBC concerning its cancellation[6] and did not return for the show's fourth season in 2006. Mohr was replaced with new host Anthony Clark, but he is credited as a consultant. On the season finale of Last Comic Standing 4, Jay performed as a guest comedian. He had a recurring role on on the TV series Ghost Whisperer, which had developed into a regular role. Mohr also starred in an episode of the hit sitcom Scrubs - "My Own Private Practice Guy" in 2003.
Mohr has contributed frequently to The Jim Rome Show as a caller and has also guest-hosted the program. September 23, 2009 Jay was supposed to guest host the show but was running late because the drive-thru at In-N-Out Burger was backed up. His nickname on the show is "Slam Man" and Rome often lets him promote his upcoming comedy club appearances. Mohr finished in 7th place in the 2007 Smack-Off, 6th place in the 2008 Smack-Off and in 10th place in the 2009 Smack-Off. Jay is also known to do "drive-by" call-in's to the show to usually promote one of his stand-up shows or live events.Mohr is also a guest sportswriter for Sports Illustrated.
Mohr currently stars as newly divorced dad Gary Brooks on the CBS sitcom Gary Unmarried. Paula Marshall plays his ex-wife. in January 2010 he took the role as Billy in Clint Eastwood's thriller film Hereafter.