"When I saw Mickey's Charlie Rose's pre-Oscar interview in 2009, I thought "what a great interview!" Naturally, I wondered what my own 10 year old interview with Mickey sounded like, so I took a listen & it was amazing! This was actually my second celebrity interview ever!
Mickey made a triumphant comeback in 2008 for his Oscar Nominated performance in Darren Aronosky's "The Wrestler". Incredibly, my interview with Mickey was taped almost exactly (to the day) 10 years ago from the night he attended the 2009 Academy Awards! Leading up to that Oscar night Mickey often mentioned in interviews how he had been 'on the bench going on 7-8 years.' But if you listen to my interview, he said, "I've been on the bench 7 years now." So in fact, he'd probably been benched closer to 15 years which makes his return even more remarkable.
The photo shoot for this magazine interview was done on moving day at Mickeys' house on Sunset Boulevard. (Mickey was downsizing & moving to a house in Manhattan Beach) This interview was taped by phone with Mickey alone with his dogs in his 'in-between' hotel room. This is a very raw & honest interview of Mickey at a very low moment in his life. Enjoy."
- Hikari 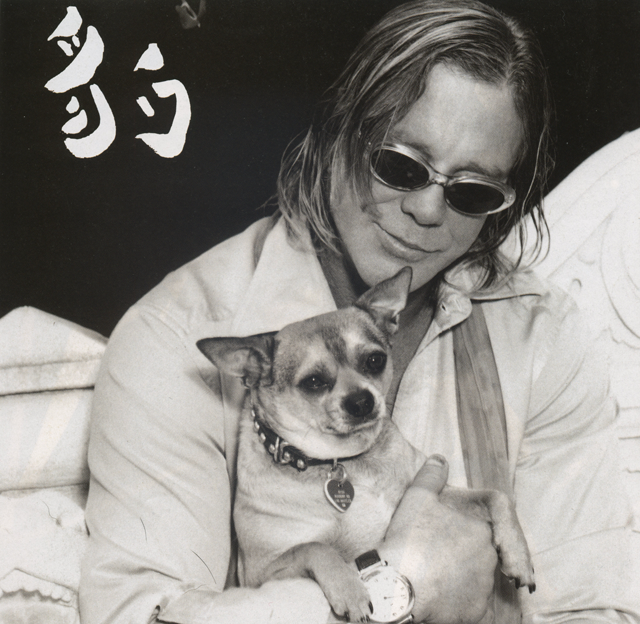 - Early days in Dade playing football, baseball, & boxing. Then the big move to NYC.
- Learning the craft in NY, and working harder than anyone else.
- Getting into the Actor's Studio, and meeting Harvey Keitel.
- "I was a prick! Mickey Rourke kicked his own ass!"
- The Year of the Dragon, 9 1/2 Weeks, and the beginning of my downfall, Angel Heart.
- What might've been. Rain Man with Dustin Hoffman?
- "I always have to lose everything to learn a lesson in life"
- Mickey trashes Ben Affleck. Conclusion.