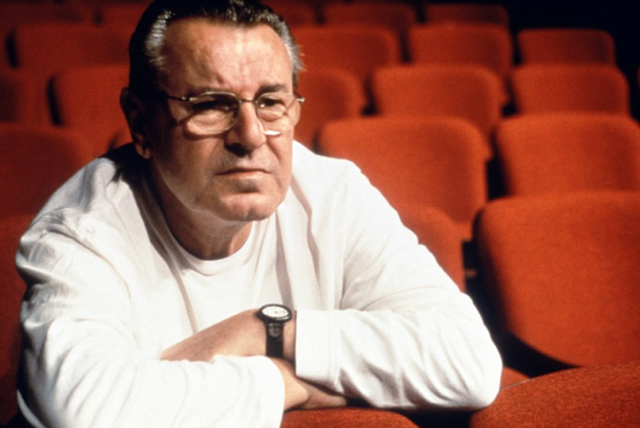 
Miloš Forman is a Czech film director, screenwriter, actor and professor. Two of his films, "One Flew Over the Cuckoo's Nest" and "Amadeus", are among the most celebrated in the history of film, both garnering him the Academy Award as a director. He was also nominated for "The People vs. Larry Flynt".
Forman was born in ?áslav, Czechoslovakia (present-day Czech Republic), the son of Anna (née Svabova), who ran a summer hotel, and Rudolf Forman, a professor. His parents were Protestants; his father was arrested for distributing banned books during the Nazi occupation and died in Buchenwald in 1944, and his mother died in Auschwitz in 1943. Forman lived with relatives during World War II and later discovered that his biological father was a Jewish  architect.
After the war, Forman attended King George College public school in the spa town Pod?brady, where his fellow students were Václav Havel and the Mašín brothers. Later on he studied screenwriting at the Academy of Performing Arts in Prague.
Forman directed several Czech comedies in Czechoslovakia. However, in 1968 when the USSR and its Warsaw Pact allies invaded the country to end the Prague Spring, he was in Paris negotiating for the production of his first American film. The Czech studio for which he worked fired him, claiming that he was out of the country illegally. He moved to New York, where he later became a professor of film at Columbia University and co-chair (with his former teacher František Daniel) of Columbia's film division. One of his protégées was future director James Mangold, whom Forman had advised about scriptwriting.
In spite of initial difficulties, he started directing in his new home country, and achieved success in 1975 with the adaptation of Ken Kesey's novel "One Flew Over the Cuckoo's Nest", which won five Academy Awards including one for direction. In 1977, he became a naturalized citizen of the United States. Other notable successes have been Amadeus, which won eight Academy Awards, and "The People vs. Larry Flynt", for which he received a Best Director Academy Award Nomination and a Golden Globe win.
Forman's early movies are still very popular among Czechs. Many of the situations and phrases made it into common use: for example, the Czech term zhasnout (to switch lights off) from "The Firemen's Ball", associated with petty theft in the movie, has been used to describe the large-scale asset stripping happening in the country during the 1990s. "The Firemen's Ball" was nominated for Best Foreign Language Film in 1969. His 1965 film "Loves of a Blonde" was nominated for Best Foreign Language Film at the 1967 Academy Awards.
In 1997 he received the Crystal Globe award for outstanding artistic contribution to world cinema at the Karlovy Vary International Film Festival. Forman co-starred alongside Edward Norton in the actor's directorial debut, "Keeping the Faith" (2000), as the wise friend to Norton's young, conflicted priest.
In 2009 he received an honorary degree from Emerson College in Boston.
He is married to Martina Zborilova-Forman. They have twin sons, Jim and Andy, who are both actors. They live in Connecticut.