SYDNEY POLLACK INTERVIEW CONTENTS:
- "I owe my directing career to Burt Lancaster"
- Working with Jane Fonda on 'They Shoot Horses Don't They'
- Working with Barbra Streisand and Robert Redford in 'The Way We Were'
- Working with Stanley Kubrick
- Replacing Harvey Keitel
- "Meryl Streep was considered to play Gene Hackman's part in "The Firm" with Tom Cruise"
- Not using Dave Gruisin for "Out of Africa" & how he got pissed 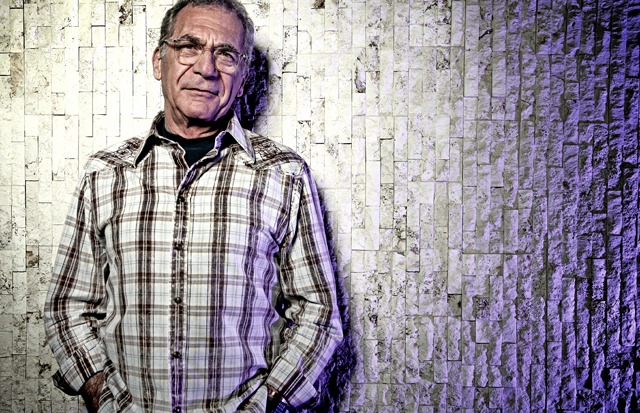 Sydney Pollack was an Academy Award-winning director, producer, actor, writer and public figure, who directed and produced over 40 films.
He was born on July 1, 1934, in Lafayette, Indiana, USA, to a family of Russian-Jewish immigrants. His mother, Rebecca Miller, was a homemaker. His father, David Pollack, was a professional boxer turned pharmacist. His parents divorced when he was young. His mother, an alcoholic, died at age 37, when Sydney Pollack was 16. He spent his formative years in Indiana, graduating from his HS in 1952, then moved to the New York City.
From 1952-1954 young Pollack studied acting with Sanford Meisner at The Neighborhood Playhouse School of the Theatre in New York. He served two years in the army, and then returned to the Neighborhood Playhouse and taught acting. In 1958, Pollack married his former student Claire Griswold. They had three children. Their son, Steven Pollack, died in a plane crash on November 26, 1993, in Santa Monica, California. Their daughter, Rebecca Pollack, served as vice president of film production at United Artists during the 1990s. Their youngest daughter, Rachel Pollack, was born in 1969.
Pollack began his acting career on stage, then made his name as television director in the early 1960s. He made his big screen acting debut in War Hunt, where he met fellow actor Robert Redford, and the two co-stars established a life-long friendship. Pollack called on his good friend Redford to play opposite Natalie Wood in This Property Is Condemned. Pollack and Redford worked together on six more films over the years. His biggest success came with Out of Africa, starring Robert Redford and Meryl Streep. The movie earned eleven Academy Award nominations in all and seven wins, including Pollack's two Oscars: one for Best Direction and one for Best Picture.
Pollack showed his best as a comedy director and actor in Tootsie, where he brought feminist issues to public awareness using his remarkable wit and wisdom, and created a highly entertaining film, which was nominated for ten Academy Awards. Pollack's directing revealed Dustin Hoffman's range and nuanced acting in gender switching from a dominant boyfriend to a nurse in drag, a brilliant collaboration of director and actor that broadened public perception about sex roles. Pollack also made success in producing such films as The Talented Mr. Ripley, The Quiet American and Cold Mountain. Pollack returned to the director's chair in 2004, when he directed The Interpreter, the first film ever shot on location at the United Nations Headquarters and within the General Assembly in New York City.
In 2000, Sydney Pollack was honored with the John Huston Award from the Directors Guild of America as a "defender of artists' rights." He died from cancer on May 26, 2008, at his home in the Los Angeles suburb of Pacific Palisades, California.