Jason Isaacs Interview Part 4
- Why so many Aussie leads in Hollywood films & television?
- It's not about the best teeth or best t*ts. People that can do the job will 'shine' in casting."
- I adopted a thick London accent in my Jewish Community in Liverpool."
- "When I found acting, I realized that I was no longer defined by my religion or where I came from."
- "I always liked accents. I was a professional Scot for years."


Jason Isaacs Interview Part 5
- Getting loose on "Entourage" & freaking out Adrien Grenier
- "Staying loose & childlike on the set is part of the actor's job"
- "When things got tense on "Awake" it was disco time"
- Playing great villains & forgettable ones
- "I always know when I'm going to get praise for a role or get nominated before I even get started because it's always on the page. It's always about the material"
- "I'm incredibly exacting when working on camera. The camera loves secrets"


Jason Isaacs Interview Part 6
- Why Jason thinks Gary Oldman is the greatest actor
- On directing in the future
- More "Case Histories"?
- 'Harry Potter' phenomenon, working with Richard Harris, & creating the complete look for 'Malfoy'
- "Everything else is gravy!"
- 'Black Hawk' haircut accident
- Playing 'The White Rhino'
- The bravery of the men who fought in Mogadishu
- "Awake" was much tougher to shoot than "Black Hawk Down"!


Jason Isaacs Interview Part 7
- "I don't believe in awards but 'Harry Potter' should've been honored at the Oscars"
- Jason Isaacs' acting method
- Prepping & creating a character
- "There's much less to me than meets the eye"
- Two of Jason's hardest roles
- "That character still haunts me!"
- "I think this is a horrible business for women"
- "Mark Romanek's "Never Let Me Go" was stunning!"
- Who does Jason Isaacs want to work with?
- "I just keep telling stories"
- END CREDITS 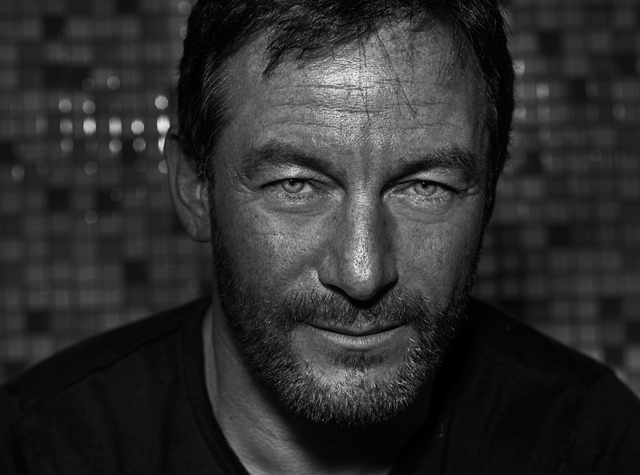 Jason Isaacs began his acting career at Bristol University where he studied law, but found himself much more interested in the performing arts. Upon graduating he enrolled at London's Central School of Speech and Drama where he trained for three years. In 2000, Isaacs landed a groundbreaking role, playing Colonel William Tavington in Roland Emmerich's feature film "The Patriot." The performance garnered him a nomination from the London Film Critics' Circle.

Isaacs had his first experience on television in the drama "The West Wing" in 2004, and the comedy/drama "Entourage" in 2008.

In 2012 Isaacs starred in "Awake" on NBC as Detective Michael Britten who, after a tragic car accident, finds himself awake in two realities: one where his teen son Rex, (Dylan Minnette, "Saving Grace") died in the crash and his wife Hannah (Laura Allen, "Terriers") survived; and another where Hannah has perished, leaving Michael and Rex to pick up the pieces.

Isaacs has also garnered multiple awards and nominations for his television roles including the Best Actor BAFTA Award for his performance in "The Curse of Steptoe"; and a Golden Globe nomination for Best Performance by an Actor in a Mini-Series or Motion Picture Made for Television for his role in BBC's six-part conspiracy thriller "The State Within." He gained critical acclaim for "Scars," and the three seasons of the Peabody Award-winning series "Brotherhood," for which he was nominated for a Satellite Award as best leading actor. Isaacs also starred in the lead role in "Case Histories" for the BBC, which also aired on BBC America and recently won the BAFTA Scotland Award.

He has also appeared on stage, creating the role of Louis in the critically acclaimed Royal National Theatre production of the Pulitzer Prize-winning "Angels in America" - parts 1 and 2. He performed for packed houses at the Royal Court Theatre in Robert Delamere's "Force of Change," "1953" directed by Patrick Marber at the Almeida Theatre, and "Black and White Minstrels" at the King's Head.

Isaacs was born in Liverpool, England before moving with his family to Northwest London. He now lives in Los Angeles, California.