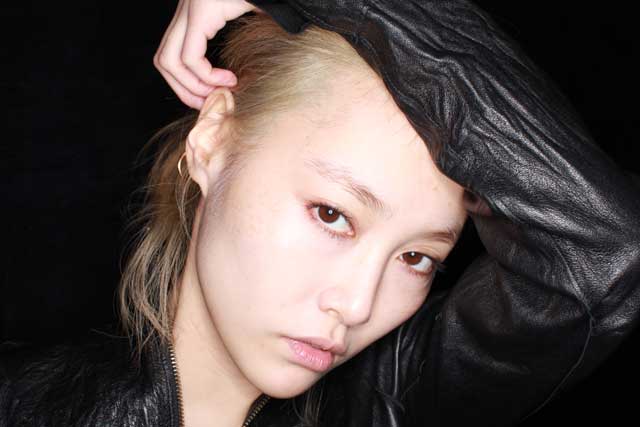 Rinko Kikuchi, born Yuriko Kikuchi, January 6, 1981, is a Japanese actress. Kikuchi is the first Japanese actress to be nominated for an Academy Award in 50 years. She is Japan's only living female Academy Award nominee in acting categories, since Miyoshi Umeki, who won in 1957 for Sayonara.
Kikuchi was born in Minamigaoka, Hadano City, Kanagawa Prefecture. She debuted in 1999 under her birth name, Yuriko Kikuchi, with the Kaneto Shindo directed film Ikitai . Soon after, in 2001, she starred in the acclaimed Kazuyoshi Komuri-directed film Sora no Ana, which was featured across several international film festivals, including the Rotterdam Film Festival. In 2004, she appeared in the critically acclaimed Katsuhito Ishii directed film Cha no Aji, which was selected for the Cannes Film Festival.
In 2006, she appeared in the critically-acclaimed Alejandro González Iñárritu-directed film Babel, where she played Chieko Wataya, a deaf-mute teenage girl, in a role for which she was critically acclaimed and nominated for numerous awards, including the Academy Award for Best Supporting Actress. She won several, such as the National Board of Review Award for Best Breakthrough Female Performance (tying with Jennifer Hudson) and the Gotham Award for Best Breakthrough. Kikuchi is also the fifth actress in Academy Award history to be nominated for an award for a role in which they do not speak a word. (The others were Jane Wyman, Patty Duke, Holly Hunter, and Samantha Morton). Kikuchi has appeared in two Mamoru Oshii movies: 2008's The Sky Crawlers and Assault Girls (2009).
Her emotionally intense role in Babel has led to her being noticed by many international directors, such as Rian Johnson, auteur director of Brick. She starred in his second film, 2009's The Brothers Bloom, which was her first fully English-language feature. Though she plays a main character, she only speaks three words in the film; her character is said to only know three words of English. In 2013, Rinko will be co-starring in Guillermo Del Toro's 3-D sci-fi spectacle "Pacific Rim", also starring Charlie Hunnam, Idris Elba, and Ron Perlman.